We started working on pianos in Queensland in 1992. Working for two of Brisbane’s biggest family music stores. In 1997 Debbie and I established Piano Connection, operating from home in Regents Park until eventually moving the workshop to its current location on Mt.Lindsey Hwy Browns Plains in 2000 where we have been ever since.

“I would highly reccomend Leigh. He went the extra mile and fixed things in my piano that other tuners ignored or put in the ‘too hard basket’. I will definetly be using him for all future tuning.”
Stephanie Soya
Boronia Heights 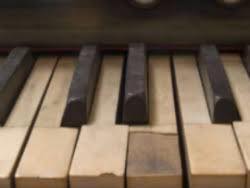